Curiosity and creativity as a lens for science

“Today science needs its voice. It needs the vivification of the visual image, the warm human quality of imagination added to its austere and stern disciplines. It needs to speak to the people in terms they will understand. They can understand photography preeminently.”

Today, science pervades our lives more than ever before, and its understanding is critical for making informed decisions about individual and community health and well-being. However, scientific fields are growing increasingly complex and specialised, making them inaccessible to non-scientists. Informal science learning experiences are viewed as essential not just for increasing scientific knowledge or understanding, but also for developing a sense of inquiry and critical thinking needed for building a culture of science. As a result, accessible, creative and participatory places for conversations and reflection on science are urgently needed.

To address this need, the Foundation for Advancing Science and Technology (FAST India) organised a unique photography contest in January 2022, titled ‘Science in Focus’, as part of its annual flagship event ‘India Science Festival’. Through this photo contest, we invited compelling visual stories on the theme of ‘Everyday Science. The idea behind organising this contest was to encourage participants to move beyond their classrooms and laboratories and express scientific ideas and concepts in their everyday lives through the medium of photography. In contrast to the outdated science learning and teaching techniques, this contest presented an alternative opportunity to explore science in a fun and creative way.

Subsequently, FAST India, in collaboration with the National Science Centre (New Delhi) (under the aegis of the National Council of Science Museums), hosted an on-ground photo exhibition from 21st May to 3rd June, to showcase the top 26 entries of this contest. The exhibition served as a perfect platform for public engagement, with finalists’ entries covering a diverse range of themes from wildlife shots to environmental processes, from defining laws of physics to understanding plant-animal relationships. 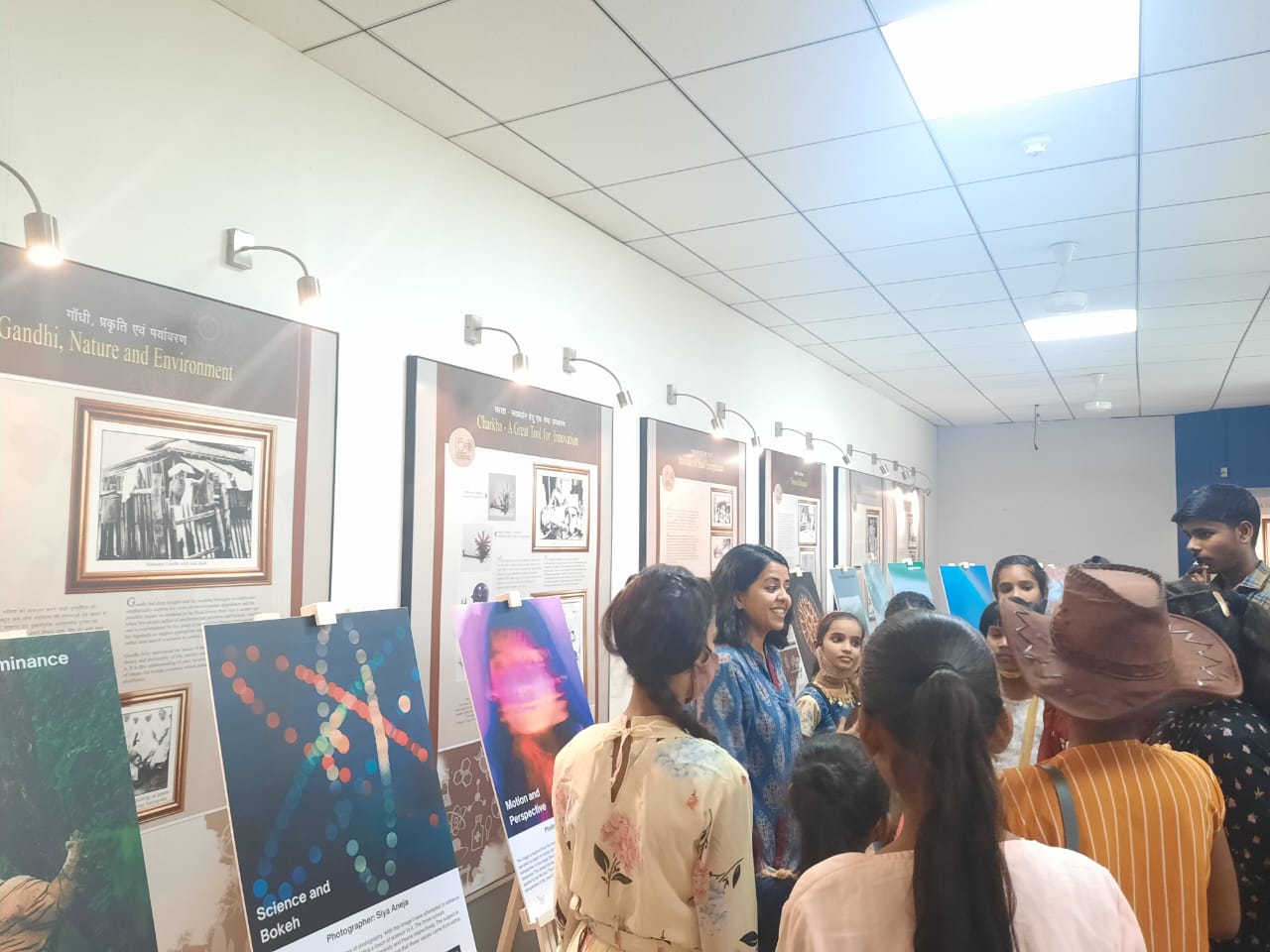 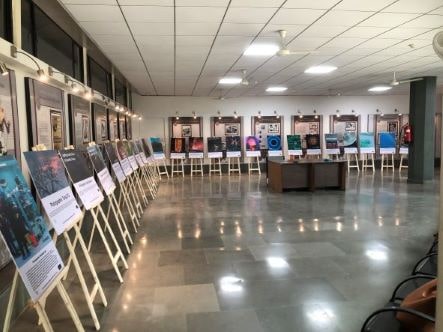 Dr Sarah Hyder Iqbal engaging with visitors at the photo exhibition (left); a still shot of the exhibition on display at National Science Centre, Delhi (right).

Visitors also voted for their favourite photograph on display and shared their thoughts on science through text and art on a large banner. Words such as “technology”, “aptitude”, “radiations”, “imagination”, and “nuclear” came up most often. 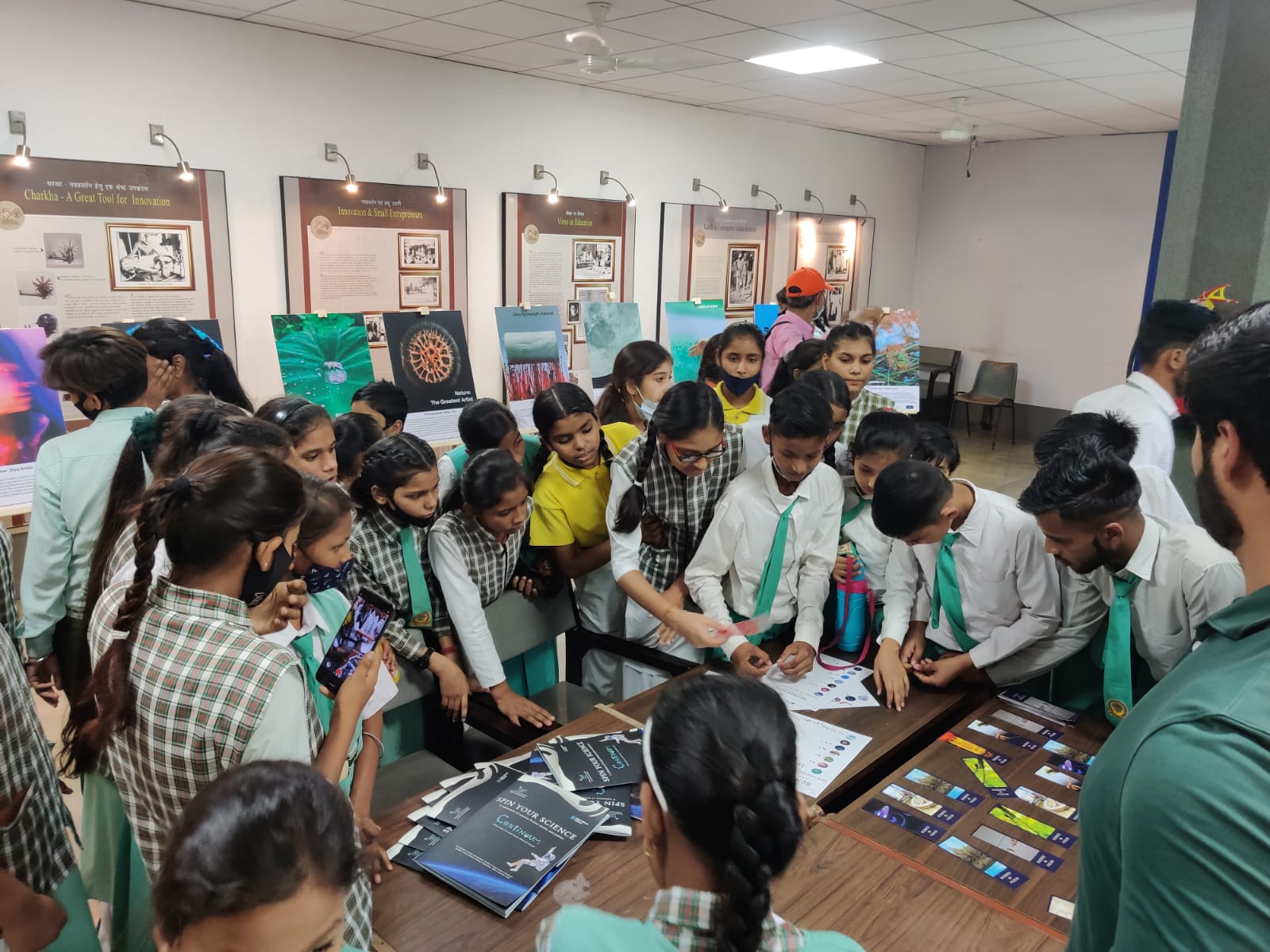 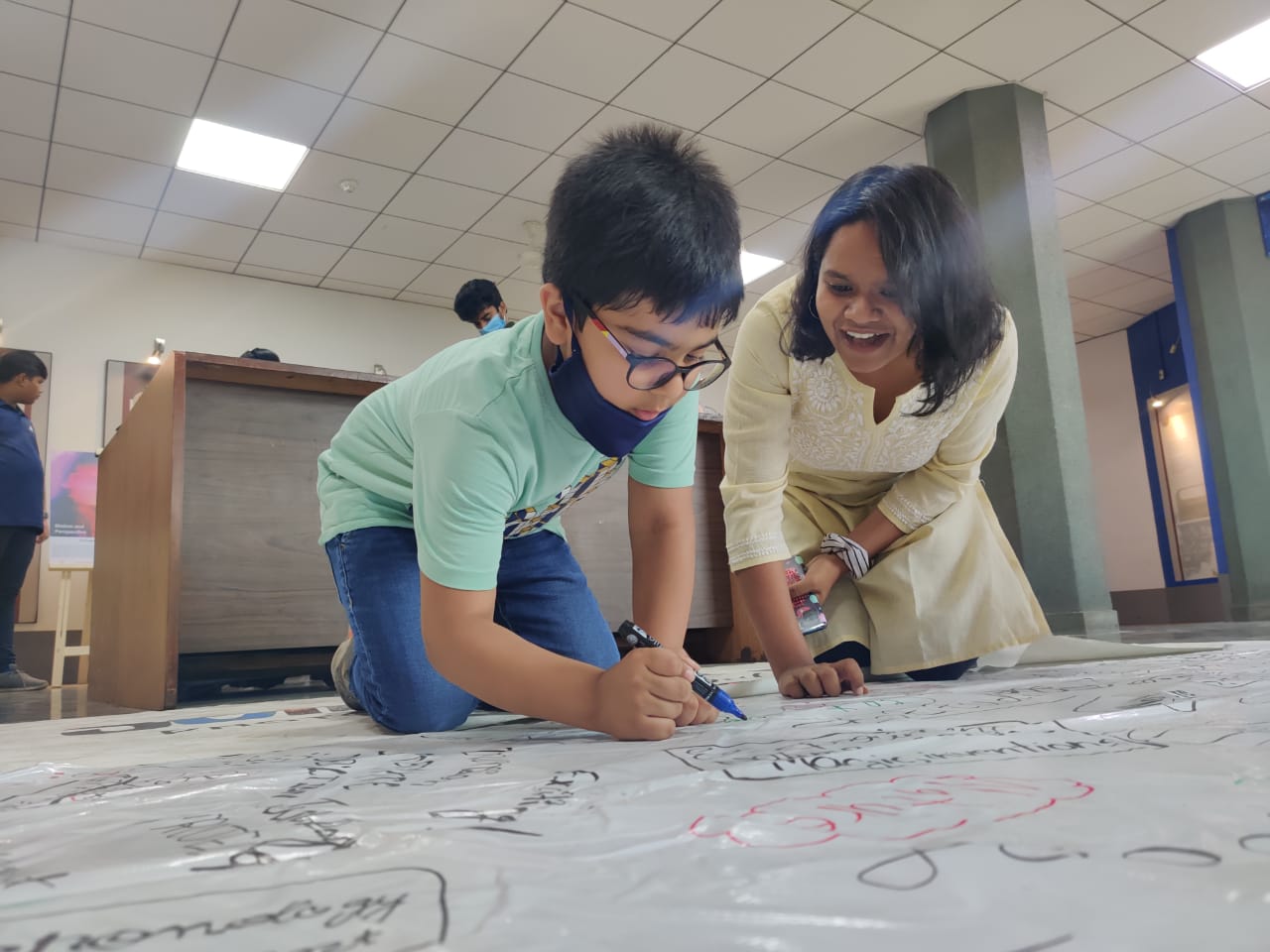 Several workshops and talks were also organised as part of this photo exhibition to spark the interest of young people in science and science photography. Prasenjeet Yadav, a molecular biologist turned National Geographic photographer, in his online talk shared his journey of navigating barriers and challenges to becoming a professional science photographer and documenting natural history. 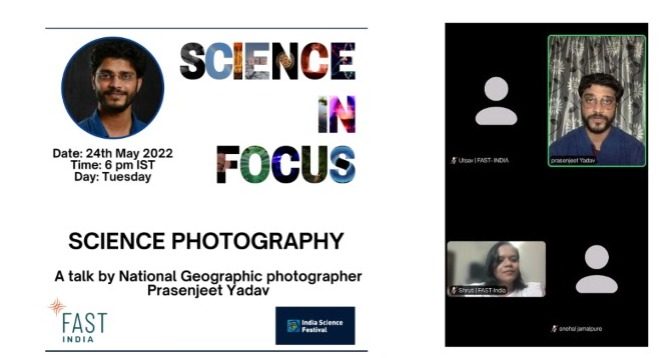 Prasenjeet Yadav’s talk on how he became a Science Photographer (right) inspired a lot of questions and interest in the field.

A half-day “Nature Photography workshop” was held at the National Science Centre on June 28th and 4th to illustrate the relevance of “observation” in both science and photography. Ashir Kumar, a nature/wildlife/macro photographer, led this hands-on learning session, during which he delivered an interactive presentation on the macro photography of diverse insect species in India and urged participants to be more observant of their surroundings. Participants also got to learn the basics of macro photography using their phone cameras and received feedback from Ashir on their insect identification and photography skills. 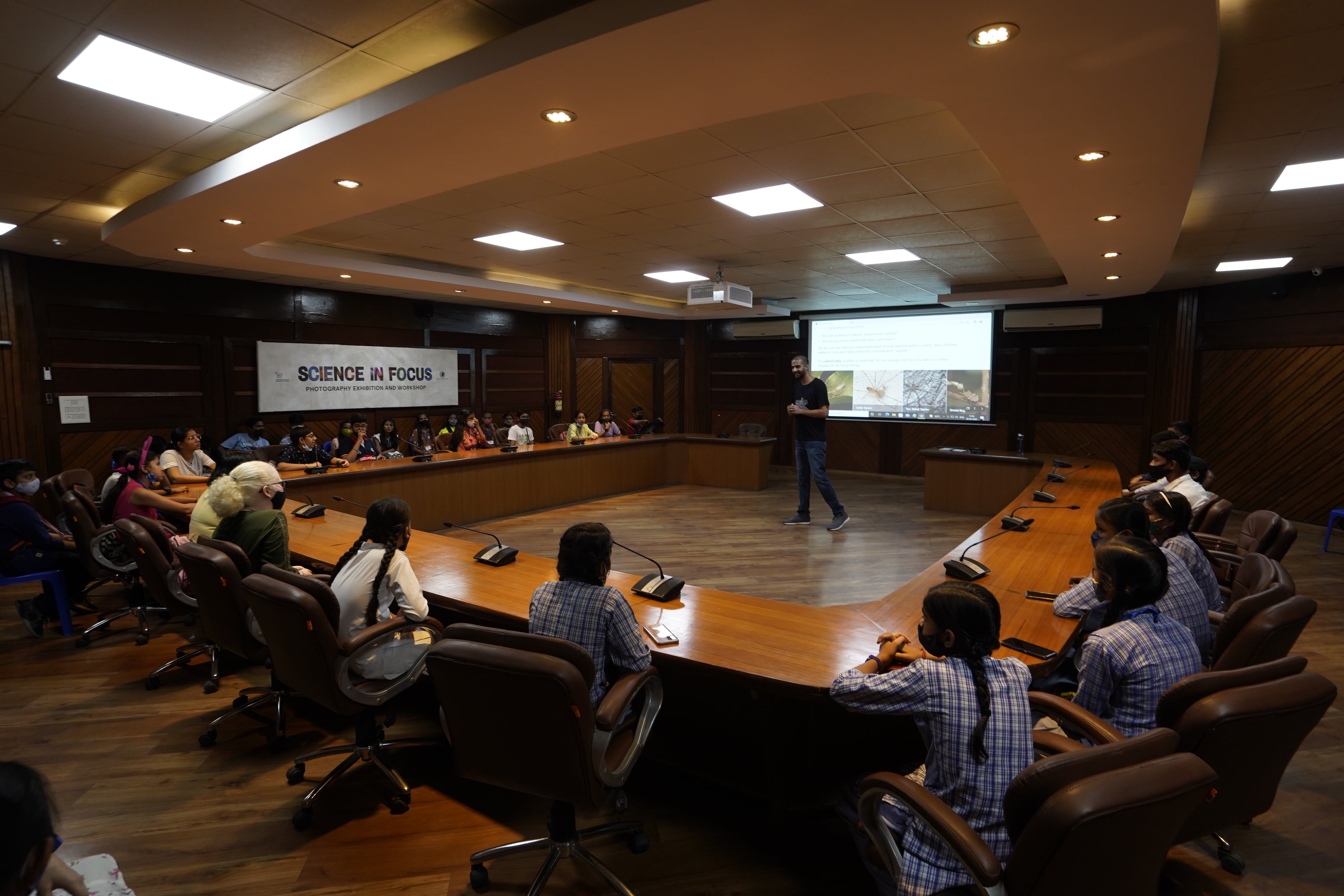 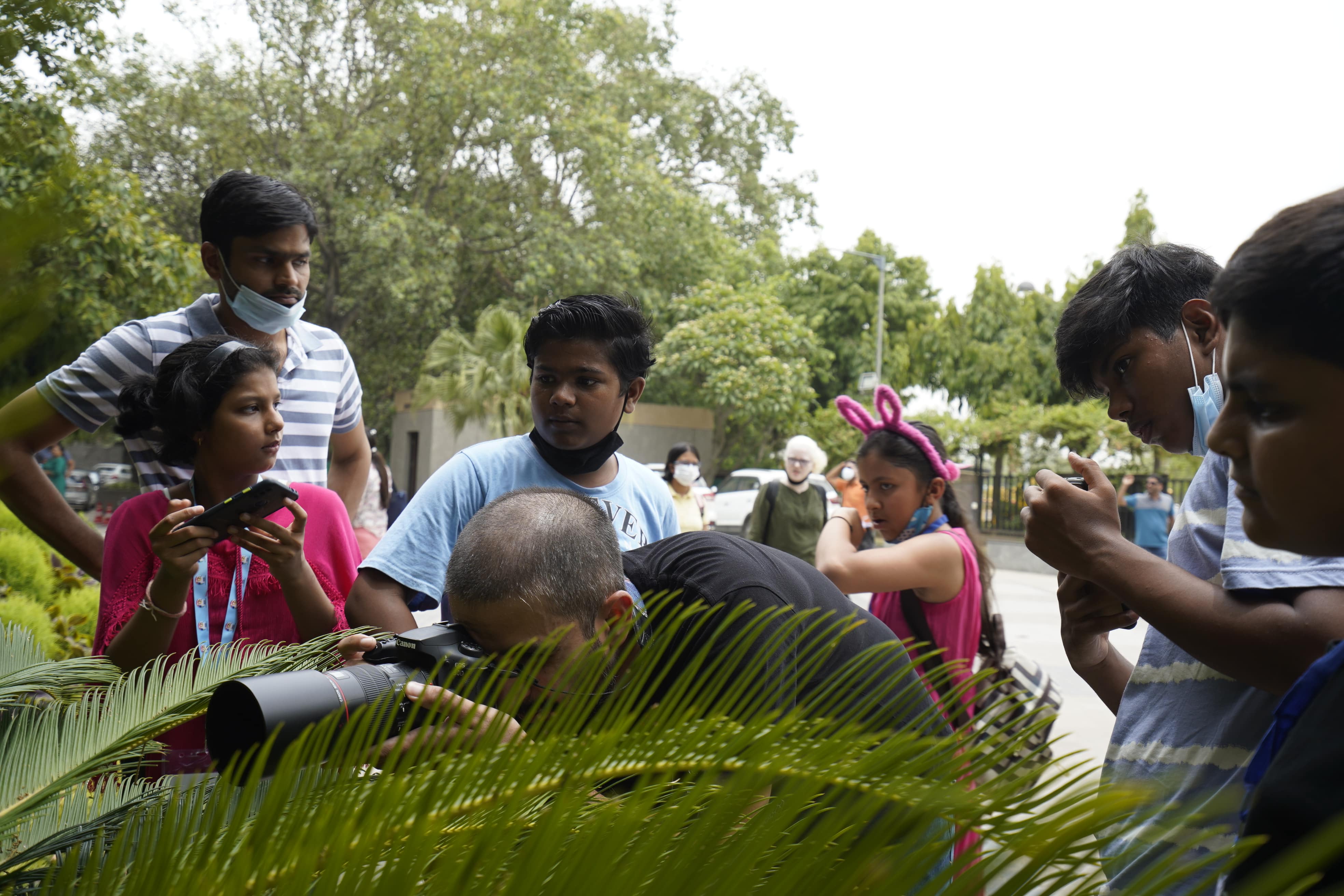 To further spark curiosity and interest in the hidden natural world and science in general,  scientists at ICMR-National Institute of Malaria Research, Dr. Praveen Kumar Bharti and Dr. Nitika were invited to present a talk on various aspects of the malaria parasite and how scientists like Drs Bharti and Nitika are studying them. Their talks triggered numerous questions by the audience on the management and elimination of the disease and made them reflect on the role of science in ensuring their well-being.

“Unless people are made aware about current issues impacting their health or about science in general, then they will be left clueless about tackling problems when they arise.” 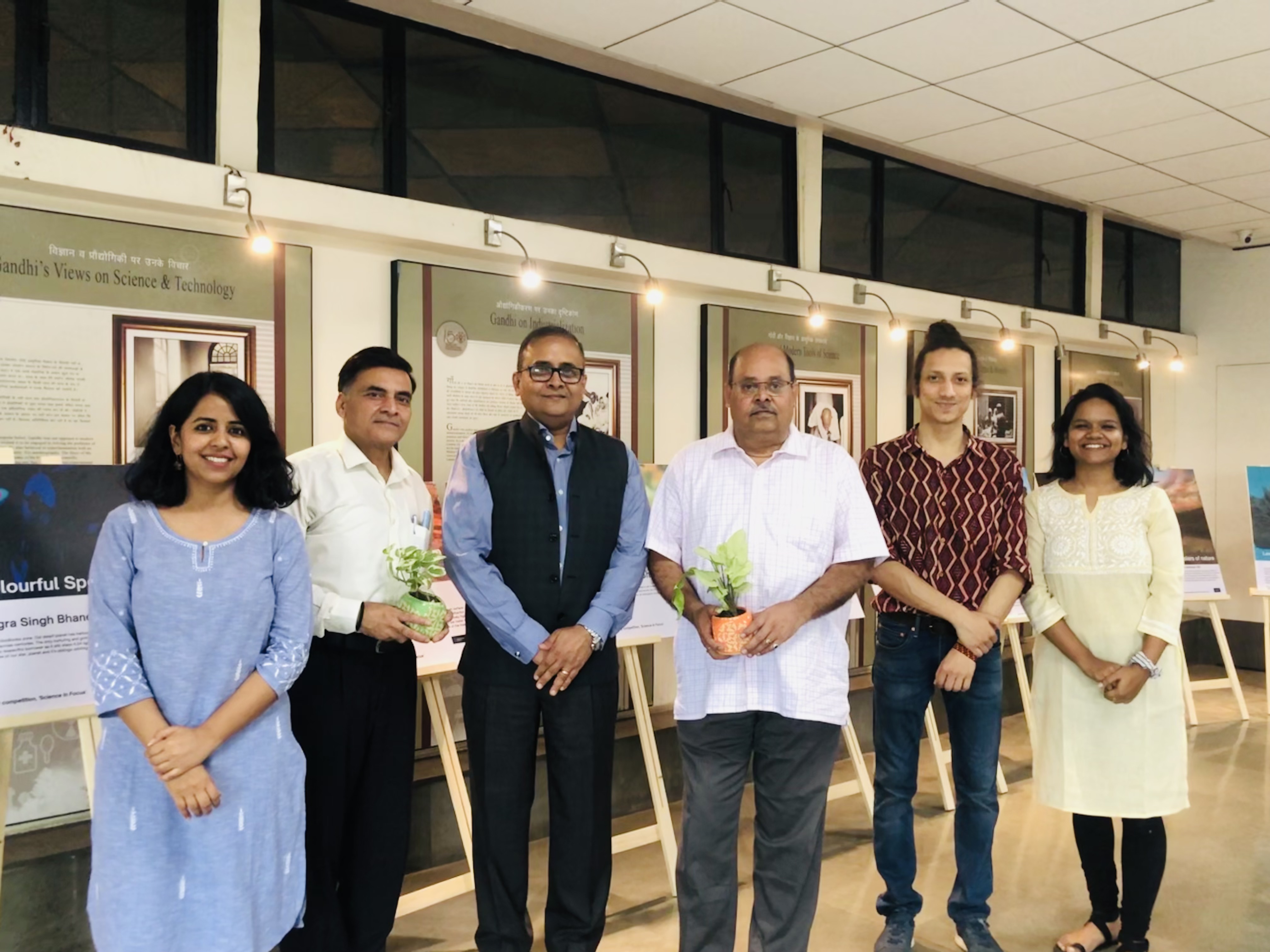 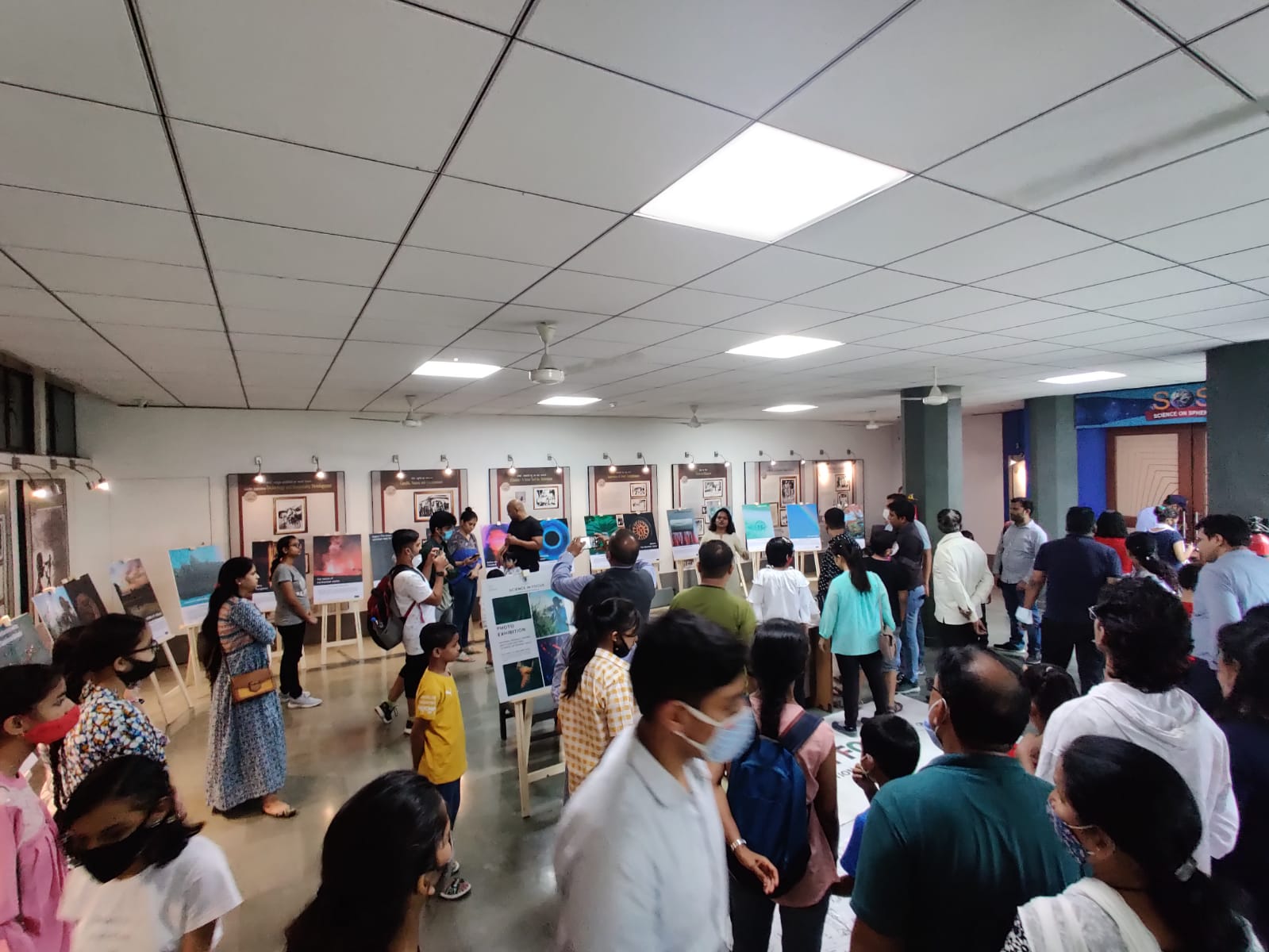 The winners of Science in Focus were revealed on the 25th of July with Mridula Sharma (undergraduate student, VIT Vellore) bagging the first position for her entry titled “Monsoon Leaves”, followed by Satyam Saurabh (BS-MS student Indian Institute of Science Education and Research, IISER Pune) for his entry “Magic of Water” and Sarah Weiler (NGO volunteer) came third for “Watching Stove”.

The diverse group of individuals and organisations that came together for the ‘Science in Focus’ contest and exhibition inspired excitement and interest, which naturally provided a place for dialogue. The event’s main takeaways were the overwhelming enthusiasm for science among young people and the general public, as well as how methods like photography can be successful in generating interest and learning in science.